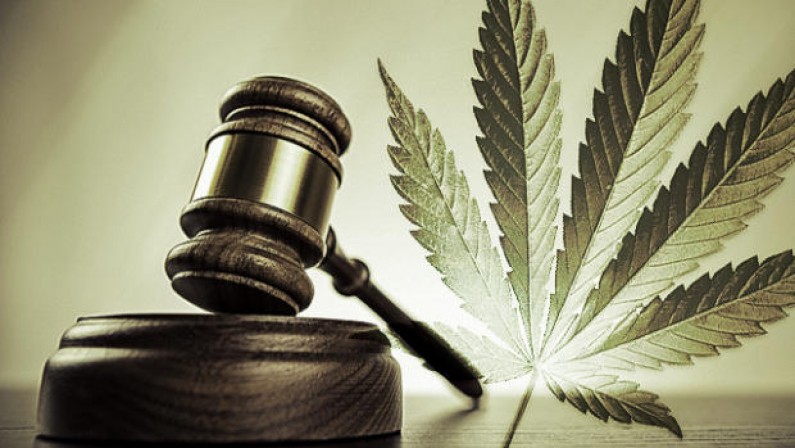 For the first time in Florida history, a Broward jury acquitted a marijuana grower after finding he has a medical need for the illegal drug.

Jesse Teplicki hid nothing from the detectives who showed up at his Hollywood home two years ago acting on a tip that he was growing pot on the premises. And he hid nothing from the jury on Thursday when he took the stand at his criminal trial, even admitting that he smoked a marijuana cigarette earlier in the day to treat the nausea and suppressed appetite that had been plaguing him for decades.

Teplicki is the first defendant in Florida to argue medical need in a marijuana case. The jury of four women and two men deliberated for less than an hour before returning its verdict.

“You saved my life,” a tearful Teplicki told three jurors who stayed in the courtroom after they were discharged by Broward Circuit Judge Michael Ian Rothschild.

Manufacture of cannabis is a felony punishable by up to five years in prison. Teplicki, 50, had rejected several plea offers, admitting his actions but referring to the plant as “medicine” he needs to function. Teplicki has suffered from anorexia since age 9, according to trial testimony.

Medical need has worked as a defense before, but it’s never been tried in front of a jury. In two cases dating back more than 20 years, marijuana smokers have defended themselves at trial before a judge. In each case, the judge convicted the defendants only to see appeals courts overturn their decisions and order not-guilty verdicts.

Rothschild warned Teplicki that the verdict does not change Florida law. Marijuana remains illegal to grow, possess and sell. But Teplicki was never accused of selling pot. He did not say how he plans to secure marijuana in the future.

Prosecutor Kathleen O’Brien argued that Teplicki had failed to demonstrate the “medical need” central to his defense. She faulted Teplicki for not only self-medicating, but for also self-diagnosing, never seeking alternative treatments that do not involve breaking the law. “There was no follow-up by a treating physician,” she said.

Read More From The Sun Sentinel